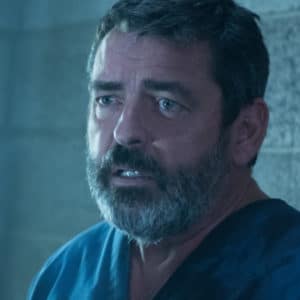 Born in Glasgow, Scotland, Angus Macfadyen attended the prestigious Central School of Speech and Drama in London.  He easily found work on stage and screen, quickly gaining international acclaim for his tour-de-force performance as ‘Robert The Bruce’ in the Oscar-winning film, BRAVEHEART.

Over the course of his career, Angus has appeared in dozens of feature films and television shows.  His incredible range as an actor has led to roles with some of the greatest talents in Hollywood, including starring roles in projects such as DIVINE SECRETS OF THE YA-YA SISTERHOOD opposite Sandra Bullock,EQUILIBRIUM with Christian Bale, Julie Taymor’s TITUS with Anthony Hopkins and Tim Robbins’ CRADLE WILL ROCK.  He performed on stage, starring in Medea opposite Annette Bening.

In recent years Angus has starred in WE BOUGHT A ZOO, written and directed by Academy Award-Winner Cameron Crowe, three seasons as a series regular on AMC’s TURN and as the main antagonist in THE LOST CITY OF Z, directed by James Gray, with Charlie Hunnam, Sienna Miller, and Tom Holland for Plan B Entertainment.

Macfadyen made his directorial debut with MACBETH UNHINGED, a modern-day telling of Shakespeare’s Macbeth. He also wrote the adopted screenplay and stars as the title character.

Most recently, he has a starring role in THE BRUCE, opposite Jared Harris, Zack McGowan & Anna Hutchison, directed by Richard Gray. He also co-wrote the script and is one of the producers. 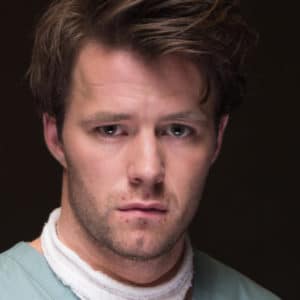 A graduate of the prestigious NIDA drama school in Sydney, Thomas Cocquerel recently wrapped a lead role in the Australian independent film CELESTE opposite Rahda Mitchell and Odessa Young. He will next be seen as the titular role of Errol Flynn in IN LIKE FLYNN, which is an Australian/US co-production, and also as the lead in the independent film THE DIVORCE PARTY. He can currently be seen in the Fox Searchlight feature TABLE 19 opposite Anna Kendrick as well as opposite Jennifer Garner and Justin Kirk in TRIBES OF PALOS VERDES.

Other upcoming film credits include BILLIONAIRE BOYS CLUB opposite Ansel Elgort and Taron Egerton. Additional credits include the ABC pilot GET CHRISTIE LOVE, the Leif Tilden directed indie feature ONE MILE TO YOU opposite Billy Crudup and Tim Roth, RED DOG: TRUE BLUE with Bryan Brown as well as the Daniel Alfredson directed KIDNAPPING MR HEINEKEN opposite Anthony Hopkins and Sam Worthington. 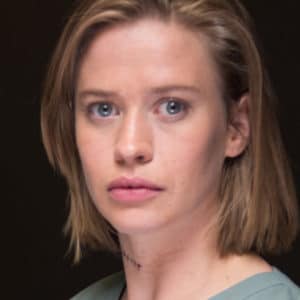 Camille is a Canadian Film Centre Actor's Conservatory alumna and earned her BFA at Ryerson University's Theatre Performance Dance program where she received a Millennium Scholarship Award for Excellence.

Camille recently wrapped her second season as a series regular on the hit sketch comedy show GUILT FREE ZONE and can next be seen as the female lead in BEGINNER'S LUCK, opposite Tim Rozan, and HOME IN TIME with Cara Gee.

Her other recent work includes the lead in the indie feature film LEARNING TO RIDE, as well as guest star spots on MURDOCH MYSTERIES, KILLJOYS, THE STRAIN, and a recurring role on REIGN.

Camille's theatre and dance credits include the Toronto Fringe Festival productions of Cendrillion and Without and she has worked with renowned choreographers David Earle, Matjash Mrozewski, Kate Hilliard, and Valerie Calam.